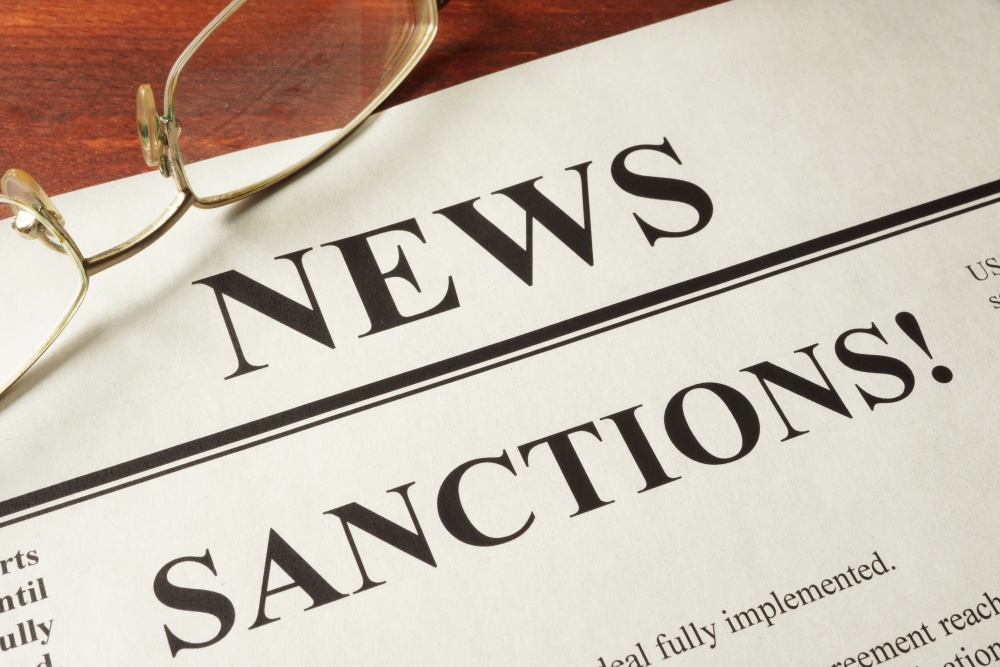 Two of the most compelling discovery sanction cases of the past year are Klipsch Group., Inc. v. ePRO E-Commerce Ltd. and Ronnie Van Zant, Inc. v. Pyle, both decided in the Second Circuit. In the first, the court awarded $2.68 million in discovery sanctions in a case valued at a mere $20,000. In the second, the court issued an adverse inference when a defendant failed to preserve text messages held by a non-party. The implications of both decisions appear far-reaching and critically important for those involved in the discovery process.

Way back in August 2012, Klipsch Group brought a suit in the United States District Court for the Southern District of New York alleging that DealExtreme, part of the Chinese company ePRO, was selling counterfeit Klipsch headphones, causing Klipsch to lose sales and profits. Klipsch accused ePRO of selling at least $5 million in counterfeit headphones; ePRO countered that at most $8,000 in sales actually occurred – a claim that was initially supported by the fewer than 500 documents ePRO presented. As the case proceeded, however, it became apparent that ePRO had failed to preserve and produce documents that were highly relevant and potentially damaging.

During a deposition of ePRO’s CEO, it came to light that ePRO (1) failed to impose an adequate litigation hold on electronic data; and (2) failed to produce all relevant documents, including critical transactional sales documents. ePRO agreed to retain a discovery vendor and conduct a keyword search of ESI, which resulted in the production of an additional 40,000 documents including over 1,200 original sales documents (which ePRO had previously stated did not exist). Although this new production was voluminous, a close review of its contents made clear that there were likely additional relevant documents that had not been collected and/or produced.

During the motion for sanctions briefing, Magistrate Judge Dolinger authorized Klipsch, on its own dime with possible reimbursement later, to conduct a forensic examination of ePRO's computer system (see Klipsch Group, Inc. v. Big Box Store Ltd. et al., No. 12-6283 (VSB)(MHD), 2014 WL 9044595 (S.D.N.Y. March 4, 2014)). The investigation determined that custodians had manually deleted files, email and other potentially relevant data, used data-wiping software shortly before the forensic examination began, and updated operating systems during the litigation period (which deleted data). The investigation further determined that the sales data and documents in ePRO’s live sales databases (referred to as “structured ESI”) showed evidence of editing and omissions, and further, that ePRO’s own policies requiring backups of the sales database for disaster recovery purposes were not followed. As a result of this examination, in November 2015, the district court found five instances in which ePRO had willfully engaged in spoliation of ESI:

As a result of these findings, the district court imposed the following sanctions:

The district court determined “reasonable costs and fees” to be $2.68 million as compensation for additional discovery efforts caused by ePRO’s misconduct plus an additional $2.3 million restraint (a/k/a bond), to secure Klipsch’s likely recovery of treble damages and attorneys’ fees at the conclusion of the case --- an amount much higher than the estimated $20,000 in actual damages.

On January 25, 2018, the Second Circuit Court of Appeals upheld the district court’s sanctions, rejecting ePRO's proportionality argument that sanctions should be commensurate with damages. The court reasoned that tying the sanction amount to the ultimate amount in controversy would restrict the district court's discretion and result in a speculative sanction amount. The court further reasoned that injured parties in cases with low amounts in controversy should not be forced to suffer discovery abuses, simply because actual damages are not likely to be extraordinary. Instead, sanctions should be tied to the costs incurred in direct response to ePRO’s misconduct – costs that never would have been incurred had ePRO complied with its obligations in the first place.  (You can find a copy of the Order here.)

This dispute stemmed from a motion picture biopic which was in production centered around the 1977 plane crash which fatally killed some members of the rock band Lynyrd Skynyrd.  Some of the surviving members of the band and the representatives of the deceased members brought suit seeking a permanent injunction against former band member and drummer Artimus Pyle, Cleopatra Films and others regarding the release of the motion picture about the band. Shortly after the crash, the survivors and family members entered into a “blood oath,” agreeing that no one would ever perform as Lynyrd Skynyrd again. On the tenth anniversary of the crash, the band’s surviving members reunited for a tribute tour, using the band’s name. A lawsuit by Van Zant’s widow followed and resulted in the entry of a Consent Order by Pyle, other surviving band members and their families, which strictly controlled the circumstances under which surviving band members could use the band’s name and images or likenesses of the deceased members. Over the years that followed, parts of the Consent Order were disregarded and others were overlooked.

In early 2016, Cleopatra Films hired director and screenwriter Jared Cohn to develop the proposed film.  Cohn reached out to Pyle and worked closely with him to develop the script. Pyle also provided input on casting, costumes, participated in table reads with actors selected for the film, provided video footage for a cameo appearance and worked on original music for the film’s soundtrack. Pyle was not paid a salary by Cleopatra but would receive five percent of the net receipts from the film and be named a “Consultant” or “Co-Producer.”

Pyle did not own a computer, so most of the communication between Cohn and Pyle occurred via telephone calls and text messages. Cohn was not named a defendant in the lawsuit but was issued a subpoena during the litigation. At some point after the filing of the lawsuit, Cohn switched cell phone providers and got a new phone. Although Cohn did back-up (preserve) some data from his old phone, such as photos, he failed to save any text messages, including those with Pyle. (For football fans, these allegations may sound vaguely familiar.)

Plaintiffs filed a motion for a permanent injunction and an adverse inference for spoliation of text message evidence. Plaintiffs claimed that Cohn deliberately destroyed text messages after receiving his subpoena. Defendant Cleopatra argued that it had no control over Cohn's phone and should not be sanctioned for his conduct. The district court broadly construed the meaning of “control” to find that Cleopatra did in fact have control over the cell phone, even though Cohn was not a defendant or a Cleopatra employee, and Cleopatra did not issue the phone to Cohn. The court reasoned that:

I find three additional points here extremely interesting, apart from any e-discovery implications.  First, the court made this finding even though the subpoena may not have been valid because (1) it requested the production of documents outside of the 100 mile range of where Cohn works and resides (Cohn worked and resided in California and the subpoena required production in New York); and (2) Defendants were not willing to accept service of the subpoena on Cohn’s behalf. The court stated: “what the rules require is independent of a proper subpoena and simply that the lost information ‘should have been preserved,’ and there has been no dispute that the missing texts would have been relevant to the instant matter.” 270 F. Supp. 3d at 670. Second, the court made this finding even though Plaintiffs could have, ostensibly, obtained the text messages from Pyle. Third, the court also granted the permanent injunction, holding that Cleopatra could be bound by the Consent Order to which it was not a party and Pyle’s insertion of “Under Protest” next to his signature on the Consent Order did not render it invalid.

What Does This Mean for Your E-Discovery Practice?

First and foremost, it means that you need to have in place superior discovery protocols and methodologies, especially if you litigate in the Second Circuit. Take a few seconds and think about your largest client. How many employees work for them? How many ongoing projects does the company have? How many non-employees/contractors work closely with their employees? Now, think of all the devices that people use to access information and communicate about the project, and the many places, networks, or storage devices people use to save information while conducting daily business. The implication of the Van Zant ruling is that your large corporate client could be responsible for preserving all of this information. Does your client have in place the proper information governance procedures outlining in detail its process for storing, preserving and collecting electronic information for all potential actors?

In Van Zant, the plaintiff only requested an adverse inference but they could have requested monetary sanctions. Do you find this frightening?  I do…especially in a world where an appellate court upholds a multi-million dollar sanction in a $20,000 case. It may be time for you to visit with your client and make sure processes are in place to avoid these potentially costly situations.

[1] Note that the district court determined that there was not enough evidence that the lost backup data would have included relevant information or that its unavailability prejudiced Klipsch, and therefore did not impose any sanctions with respect to the missing sales data.