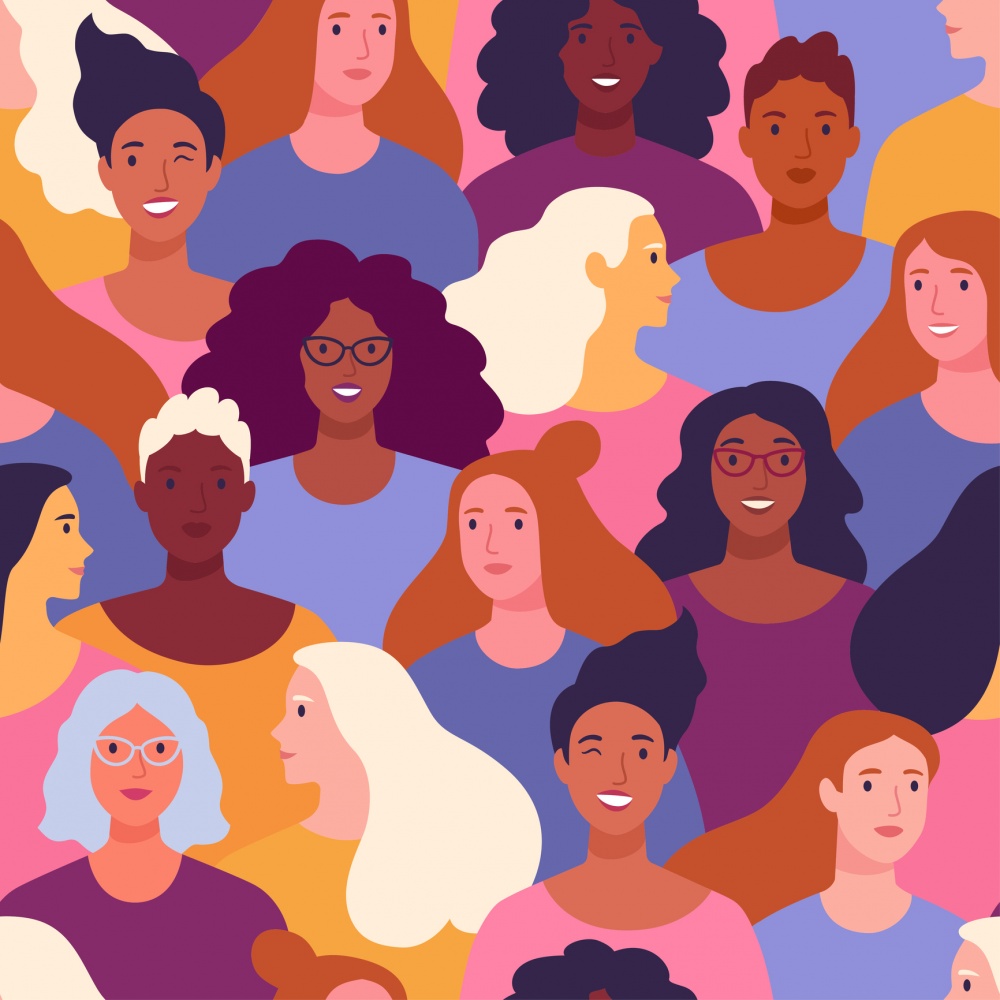 “We are family.” If you are like many people, you can’t read those words without singing them. Unlike the joyous refrains of Sister Sledge, however, the idea of family may take on a more ominous tone when viewed in the context of familial corporate relationships and the obligation to preserve and/or produce electronically-stored documents or information in litigation. In today’s digital world, related corporate entities may share email servers or electronic databases or jointly engage agents to process or store their electronic data. The use of shared administrative or other departments may further cause the commingling of access to various corporate electronic data repositories. As technical advancements increase and further ease the flow of data between related companies, the question arises what discovery obligations a company may have to preserve or produce its affiliate’s electronic data in litigation to which the related entity is not a party.

Rule 26 of the Federal Rules of Civil Procedure allows the discovery of information that is relevant to the claims and defenses in the litigation and proportionate to the needs of the case.  Fed. R. Civ. Pro. 26(b)(1). Subject to Rule 26(b), Rule 34 permits the use of discovery to obtain information within a party’s “possession, custody, or control.” Fed. R. Civ. Pro. 34(a). The Federal Rules of Civil Procedure and their commentary are silent, however, on what exactly it means to be in a party’s “possession, custody, or control.”

In the past, the question of “control” could often be answered by whether a party had physical possession of a physical document. The physical separation of companies, even related ones, often determined whether a party could be said to have control over its non-party affiliate’s documents. This issue has become more convoluted, however, as the world has become more reliant on electronically stored information or “ESI.” Even with the increased use of ESI, the question still often centered on whether the party maintained documents stored on its companies’ actual computers or servers.  However, with the increased use of cloud computing, outsourcing of electronic functions, and shared resources amongst corporate entities, determination of “control” over ESI has become increasingly complex.

Concerned about the varying standards for determining of “control” and the implications that such inconsistency could have on the preservation of electronic data, the Sedona Conference, a non-profit entity devoted to analyzing and providing guidance on certain legal issues, specifically set out to address the question of what should be considered “control” over ESI for purposes of compelling preservation or production of documents from non-parties to litigation. See The Sedona Conference Commentary on Rule 34 and Rule 45 “Possession Custody or Control,” 17 Sedona Conf. J. 467 (2016). Amongst other scenarios, the Sedona Conference examined whether and under what circumstances a subsidiary corporation that is a separate legal entity from its parent corporation and has no independent right to obtain ESI from its parent could be required to preserve, search for, and produce documents from its parent company when the parent company is not a party to  litigation.

The Sedona Conference started its analysis by noting that the federal courts have differed widely as to their determination of what constitutes control of documents and ESI. It identified three predominant standards that the courts have traditionally applied: the Legal Right Standard, the Legal Right Plus Notification Standard, and the Practical Ability Standard. The two Legal Right Standards basically examine whether the party responding to discovery has a legal right to obtain the documents or ESI at issue from the non-party and, if so, find that the party has “control” over the documents or ESI.  Common examples of control under the Legal Right Standard would be where a party contracts with an agent to store or process its electronic data.  The typical contract would give the company a legal right to obtain and possess its data under certain circumstances, including discovery obligation. The Practical Ability Standard, on the other hand, is much broader and finds that “control” exists whenever the party has the practical ability to obtain the documents or ESI at issue, even if the party would not have a legal right to do so. The federal circuit courts have differed widely both between and even within them as to what standard should be applied and how.

In comparing the standards with regard to ESI, the Sedona Conference was concerned that applying the broader Practical Ability Standard to electronic discovery obligations had the potential to produce unfair results, particularly with regard to related entities. The Conference worried that using shared resources for data could result in a company being forced to preserve and produce information or documents owned by a third party, even though that third-party may be a completely separate entity against whom the company would have no legal right to compel the production, just because the nature of the data storage made access technically possible. With regard to related entities, the Sedona Conference worried that applying the Practical Ability Standard could lead to a breakdown of corporate formalities and protections without first requiring the steps and factual findings necessary to impose an alter ego theory or pierce the corporate veil under applicable law. The Conference also worried that application of the Practical Ability Standard could result in violation of international data privacy laws where the affiliated company is a foreign entity.

Despite the Sedona Conference’s preference for a narrower Legal Right Standards and the application of the Legal Rights Standard by multiple jurisdictions, with the ever-evolving storage and transmissibility capabilities of ESI, the trend appears to be heading in the opposite direction. Two recent decisions applying two different standards for determining whether a party can be compelled to produce information in possession of a related third-party suggest that the courts are moving towards an increasingly broad interpretation of “control.”  In one recent case, the Southern District of New York applied the Practical Ability Standard to the question whether a defendant could be compelled to produce records of an affiliated entity that was not a party to the case. See Signify Holding B.V. f/k/a Philips Lighting Holding B.V. v. TP-Link Research American Corp. and TP-Link USA Corp., 21-CV-9472, 2022 WL 3704001 (S.D.N.Y. Aug. 26, 2022).  While the motion to compel in that case was dismissed, the Court did so without prejudice so that the plaintiff could obtain information about the corporate relationship between the defendant and its third-party affiliate and about whether the defendant had practical access to the documents at issue in the ordinary course of its daily business. Id. at *3. Interestingly,  the Judge in the Signify Holding case addressed and appeared to dispense with many of the concerns expressed by the Sedona Conference. For example, with regard to the concern about international privacy implications, the Court noted, “a foreign law that precludes a party from producing data would be a factor in determining a party’s practical ability to obtain and produce it.” Id. at *2. As to the concerns about the unfair destruction of corporate formalities, the Court found that having the ability to obtain an affiliate’s documents in the ordinary course of business might in and of itself be a factor that would justify piercing the corporate veil. Id. The Court also seemed to suggest that, when data is maintained electronically on joint servers or in shared electronic databases, the ability to access such data by multiple companies gives each of those companies actual control of that information such that the question of whether there is legal control is moot. Id.

As another recent decision shows, even in jurisdictions that have typically applied the narrower Legal Right Standard, the trend may be towards compelling production from third parties.  In the St. Clair County Employees’ Retirement System case, the District Court for the Middle District of Tennessee considered whether to compel defendants in a securities action based in part on its acquisition of a U.K. company to produce certain ESI that was housed with the acquired company in the United Kingdom. St. Clair County Employees’ Retirement Sys. v. Acadia Healthcare Co. Inc. et al., Case No. 3:18-cv-00988, 2022 WL 4095387 (M.D. Tenn. Sept. 7, 2022). Noting that “[p]articular concerns can arise when a corporate party is related to another corporation, and this nonparty corporation actually posses the materials in question,” the Court found that, in such situations, companies must make a very fact-specific inquiry as to the relationship between the parties and documents or information at issue. Id. at *10  (citing 8B Charles Alan Wright & Arthur B. Miller, Fed. Prac. & Proc. Civ. § 2210 (3d ed.)). The St. Clair Court recognized the increasing trend towards disclosure, noting that, while the Sixth Circuit has traditionally applied the narrower Legal Right Standard, several courts within that Circuit had found that a party lacking a contractual right to obtain documents from a third-party may nonetheless have “control” over the documents it had the actual ability to access in the ordinary course of its business. Id. at *9. In particular, the Court found it persuasive that the defendants were able to access documents or information from their third-party affiliates to use for their own purposes in the litigation. Citing to a Third Circuit opinion applying the Practical Access Standard, the St. Clair Court held that “[w]here the relationship [between corporate entities] is such that the agent subsidiary can secure documents of the principal-parent to meet its own business needs and documents helpful for use in the litigation, the courts will not permit the agent-subsidiary to deny control for purposes of discovery by an opposing party.”  Id. at *10 (quoting Gerling Int’l Ins. Co. v. Comm’r, 839 F.2d 131, 140 (3d Cir. 1988)).

What Does This Trend Mean for Companies and Their Related Entities?

As courts trend towards applying something akin to the Practical Access Standard and imposing a broader definition of “control,” it seems more likely that a company may be held responsible for preserving or producing electronic data held by a related corporate entity, even if it has no independent right to compel production of that data from its affiliate.  This risk appears even greater where the shared use of technological resources makes it more likely that a party can practically obtain ESI or documents possessed by its non-party affiliate.  Companies would therefore be prudent to consider their potential discovery obligations when determining and establishing their information technology structure across their corporate network. It would be helpful to consider who has access to various data and how easily that data can be transferred among related entities.  In addition, companies should also consider what data privacy or other concerns it might have if the access to certain data exposes it to production in other jurisdictions. While increased efficiency and lowered costs may justify sharing servers or other resources between related entities, such increased efficiencies and cost-saving should be weighed against any potential for increased discovery obligations in future litigation.