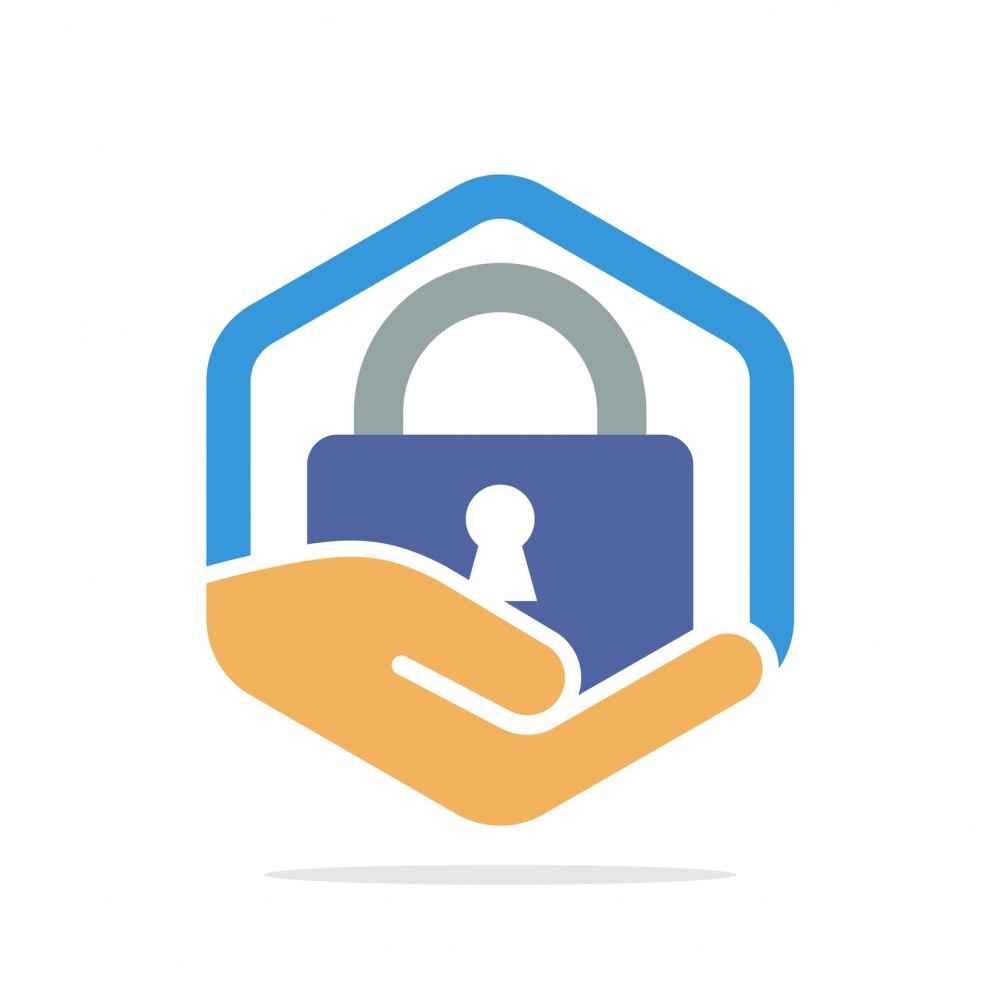 “But in-house counsel was copied on the email, isn’t that enough?”

When a business faces the prospect of producing documents in litigation, determining which documents are protected by the attorney-client privilege and preventing those documents from inadvertent disclosure is of paramount importance. Such a disclosure can have serious consequences for both the attorney’s and the client’s interests, including a court finding the privilege has been waived. See, e.g., Tucker v. CompuDyne Corp., 18 N.E.3d 836, 842 (Ohio Ct. App. 2014) (“The inadvertent disclosure of a privileged document itself is indicative of a failure to take reasonable precautions to protect the privilege.”); Maxtena, Inc. v. Marks, 289 F.R.D. 427, 446 (D. Md. 2012) (concluding that the failure to take reasonable steps to protect against disclosure resulted in a waiver of any privilege or protection that would have attached to the document).[1] At the same time, if an attorney is overly restrictive or indiscriminately withholds documents, they risk losing credibility with opposing counsel and the court, which can make it more difficult to assert the privilege when necessary. Because of the risks involved in either inadvertently disclosing documents OR withholding documents that are not indeed privileged, attorneys should take a close look at how the jurisdiction applies privilege and set forth a clear plan of what documents to produce, what documents to withhold, and what documents to redact on the basis of privilege.

The attorney-client privilege may protect a communication from disclosure if five fundamental elements exist: (1) an attorney; (2) a client; (3) a communication; (4) a confidentiality that was anticipated and preserved; and (5) legal advice or assistance (as opposed to business or personal advice) as the primary purpose of the communication. Paul R. Rice, et al., Attorney-Client Privilege in the United States § 2:1 (2020).

This definition makes the privilege appear straightforward and obvious. However, as anyone who has put together a privilege log can attest, the process can actually be quite difficult when staring down actual documents. Further, while the ability to create privilege logs automatically within e-discovery software tools (such as Relativity) makes the logging process more efficient when you have large-scale electronic document review, it does not ease the decision-making process.

In part I of this blog, we discuss specific issues to look out for when reviewing corporate documents for the application of the attorney-client privilege and work product doctrine. In part II of this blog, we will provide some tips and techniques for addressing these issues in a large-scale electronic document review.

In-House Counsel and the Attorney-Client Privilege

The nature of many business communications makes it difficult to determine when the attorney-client privilege applies. Business communications often involve many participants, outside or in-house counsel may or may not be personally involved, legal recommendations or requests are often mixed with day-to-day correspondence and long email chains meander along multiple topics of conversation.

Communications with outside counsel are often easy to segregate and identify. If Company A hires Law Firm B to litigate a dispute, it is clear that communications between Company A and Law Firm B are likely protected by the attorney-client privilege (and often the work product doctrine as well). However, the application of the attorney-client privilege is more nuanced with in-house counsel. In-house counsel is often called upon to provide input beyond a legal opinion. They often fill senior leadership roles within corporations and engage in day-to-day business decision making outside of their role as an attorney. It is important to note that just because someone has a J.D. or Esq. behind his or her name does not mean that all communications with that person are privileged. The privilege likely only applies when that person is acting in a legal capacity.

The determination of who is counsel is also more difficult with regard to corporate communications. In certain jurisdictions and situations, the privilege may include paralegals and assistants in the legal department. In some companies, certain departments or groups, such as regulatory, internal investigations, or escalated issues, act is a quasi-legal role or at the behest of the legal department. In others, attorneys may not be grouped into one legal department but may be interspersed within different departments throughout the company. In addition, there also may be situations where in-house counsel engages a third party to work on certain matters, such as hiring a forensic expert to conduct an internal investigation. To determine when privilege applies, it is important to understand the nature of the client’s business and its organizational structure.

Is the Communication Intended to Be Confidential?

The applicability of the attorney-client privilege in the corporate environment is often most difficult to determine in the context of email, a now ubiquitous form of communication that frequently makes up the bulk of documents produced in discovery. Corporate emails often involve multiple people with long chains of multiple communications and attachments.

In making a privilege determination, one should be careful to note any third parties included on an email string who might break the privilege. For example, if an email between outside counsel and internal counsel is then forwarded to a third party, the email is no longer privileged as the inclusion of the third party on the thread breaks any expectation of confidentiality. However, if an email between outside and internal counsel is forwarded to someone outside of the legal team within the company, privilege is not broken because the communication is still between attorney and client.

It is important to note that the privilege may be asserted even in situations where the attorney is not present on the communication, like when a request from in-house counsel is disseminated by non-legal officers or employees. See Se. Pennsylvania Transp. Auth. v. Caremarkpcs Health, L.P., 254 F.R.D. 253, 258 (E.D. Pa. 2008) (“When the client is a corporation, “privileged communications may be shared by non-attorney employees in order to relay information requested by attorneys”) (citing SmithKline Beecham Corp. v. Apotex Corp., 232 F.R.D. 467, 477 (E.D. Pa. 2005)).

Even a communication between two non-lawyers can be privileged if it is discussing legal advice provided by counsel. To catch these references, one must pay close attention to the substance of the communication and understand the types of legal issues being considered and by whom. Say, for example, included in a communication between two non-lawyer employees is the sentence “I checked with John and he said that terminating that contract would increase our liability.” The reference to “liability” gives a head’s up that the sentence may be privileged and should be redacted. However, the sentence could also say, “I checked with John and he said that we should definitely not terminate the Acme contract.” On its face, the communication would not be privileged. However, suppose you know that John is the client’s general counsel and you have seen other communications with John in which John is providing a legal opinion on whether the company should cancel the Acme contract. In that scenario, the safer option would be to treat the sentence as privileged and redact it from the communication.

Is Legal Advice the Primary Purpose?

Just having an attorney attend a meeting or participate in a communication will not automatically extend the privilege. Clark Boardman Callaghan, American Law of Products Liability §53:34 (3d. 2020). “One cannot properly claim the protection of the attorney-client privilege by simply copying an attorney on an email.” Meade v. Gen. Motors, LLC, 250 F. Supp. 3d 1387, 1393 (N.D. Ga. 2017); see also Se. Pennsylvania Transp. Auth., 254 F.R.D. at 258 (“What would otherwise be routine, non-privileged communications between corporate officers or employees transacting the general business of the company do not attain privileged status solely because in-house or outside counsel is ‘copied in’ on correspondence or memoranda”) (quoting SmithKline, 232 F.R.D. at 478).

Likewise, a well-intentioned employee concerned about confidentiality may insert the word “Privileged” at the top of a document or communication so that it remains confidential. However, unless the nature of the communication is legal advice or it is a document prepared at the request of counsel in anticipation of litigation, the privilege does not apply.

As we have discussed, it can be difficult to determine whether a particular document is privileged and, if so, whether it should be withheld or redacted. The analysis is even more difficult when the determination must be made in a large-scale document production with thousands of documents. In part II of this blog, we will discuss some tips to address these privilege issues in electronic discovery.

[1] Because the effects of inadvertent disclosure may be mitigated by the use of a well-drafted ESI agreement, 502(d) order, clawback agreement and/or a protective order, the importance of these documents cannot be understated. You can read more about these issues in our colleague Russ Beets’ posts HERE and HERE.